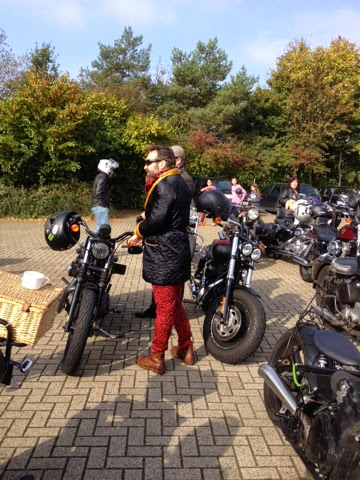 Today was the Distinguished Gentlemansride
Twas a top day with lovely weather, very cool bikes , nice pleasant folk , and a very slow ride through towns and villages.
The ride back was a little quicker . Nearly having a tankslapper , cresting a bridge whilst trying to burn off your mate in a suit.
The only thought in my head was "I don't want to die in a suit. "
Big grins though. 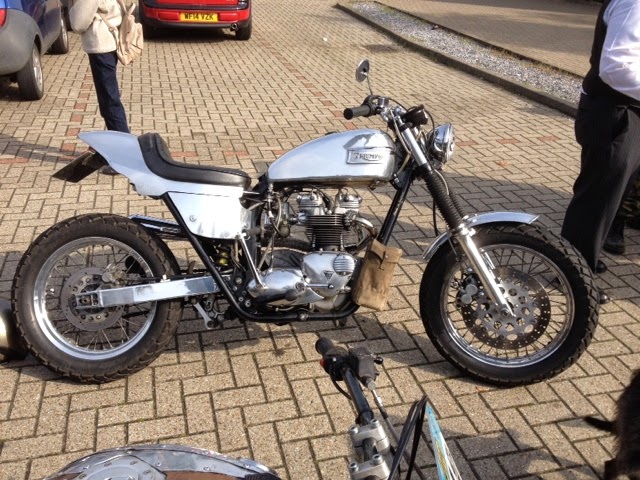 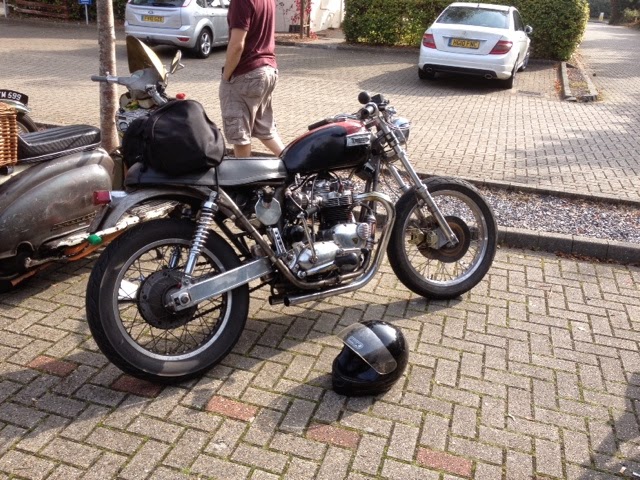 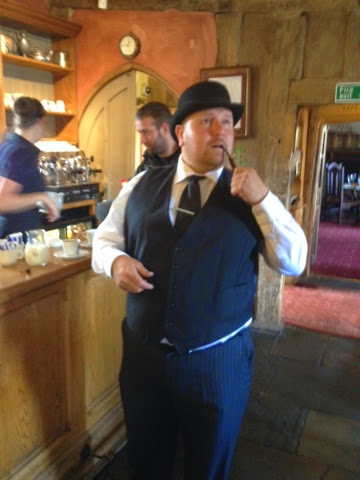 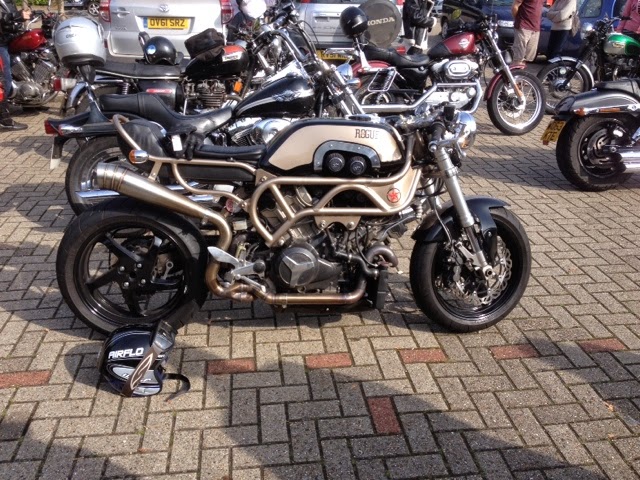 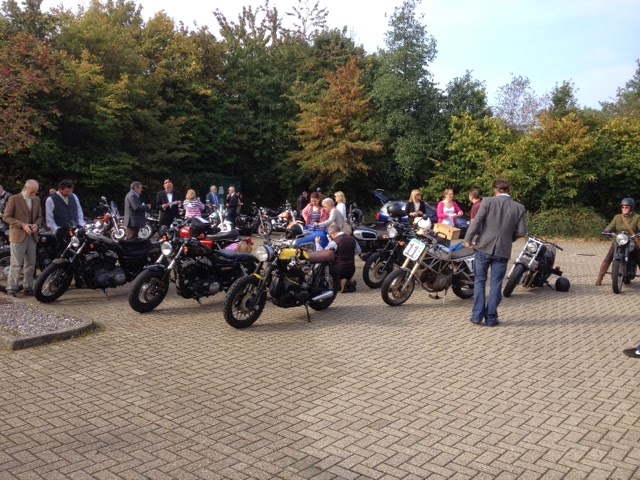 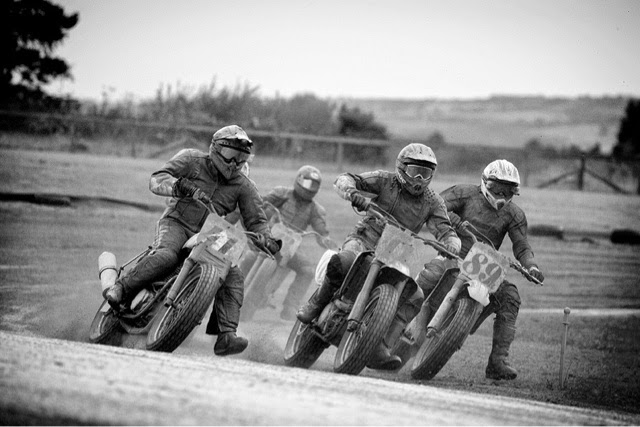 Gentalmans ride out this Sun
I'm taking part in Taunton on me Duke.
This here is a great photo taken of me infront of other bikes ( probely not for long ) at Amersham vally Wales.
Taken by Ian Roxbourgh
Posted by OILY RAG at Friday, September 26, 2014 No comments:

I was just watching an episode of HotRod Garage ep4 and he interviewed a chap that made this cool stuff by hand for Hot Rods.
It's bloody cool to see some folk building beautiful stuff .
Check out his website
http://www.crafty-b.net/

Posted by OILY RAG at Wednesday, September 24, 2014 No comments: 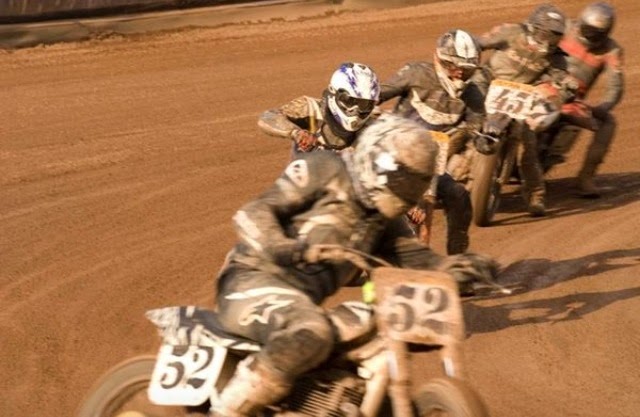 So this weekend was the last race of the seson for the DTRA .
It was also the anniversary of Mr an Mrs Oily gettin hitched.
So we celibrated by going racing. Photo by James Boddy 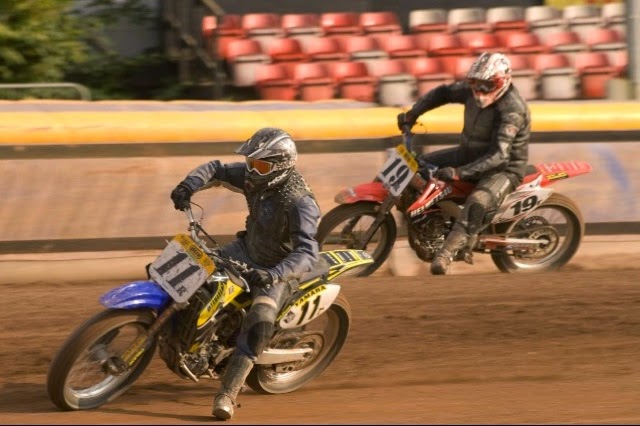 Photo James Boddy "Eat dust Trappy"
Practice on Sat was wet but a good crack . So before I hurt myself me an me bird retired to the hotel to watch a spot of Columbo ( featuring Jony Cash) followed by you've been framed, then a few pints in the bar.
Sun was race day and for the first two races I did real shite. I felt like the front end was gunna levee me in the mud so meny times . So for race 3 I put some air in the front ( it was very low) and removed the thingy that quietend my exhaust an "hay presto " I did a lot better.
The I made it through to the "b" final me and 4 others .
I got the best start ever . Holeshot into turn 1 and every thing just clicked into place. Lap after lap I felt right comfortable, but a little scared that I may fuck it up.
But I finished 1st . WAHOO first time I've won a race ( apart from my first DIRTQUAKE. )
I crossed the flag buzzin , round the next corner , big wheely then my sprocket tore off of the hub.
What timing? 1st place and fucked bike. 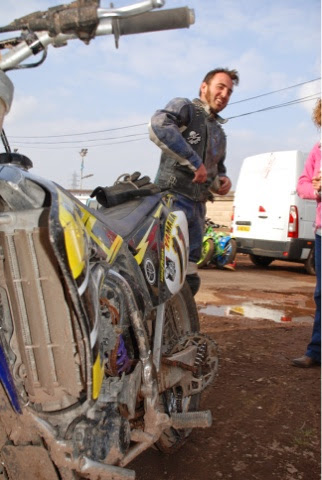 Photo Chocolate Pete
As you can see Brad the impaler beat me by 7 points FUCKER.
Never mind there's always next year. 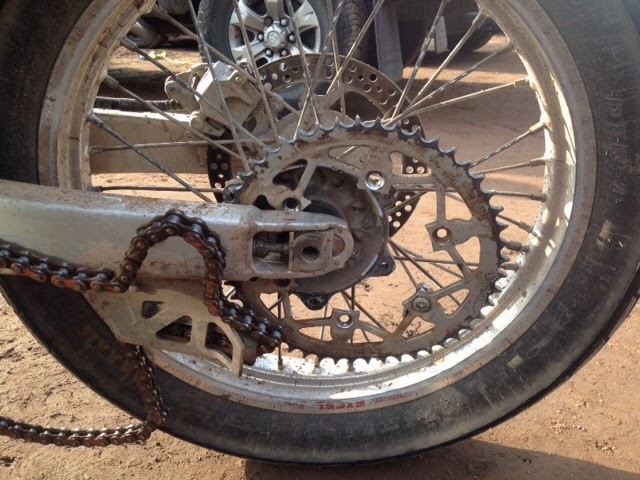 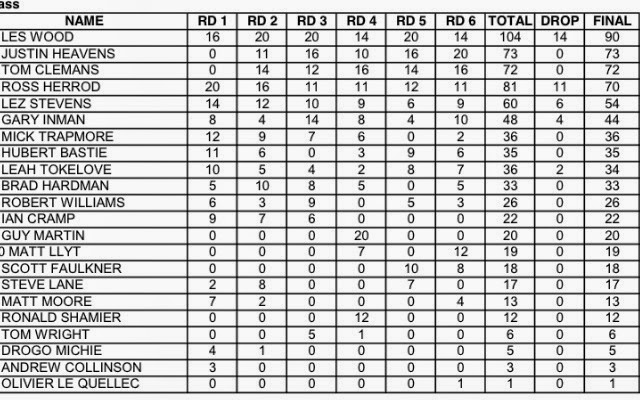 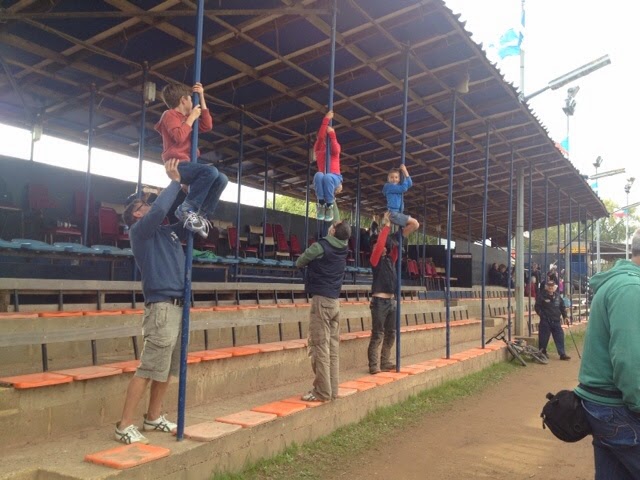 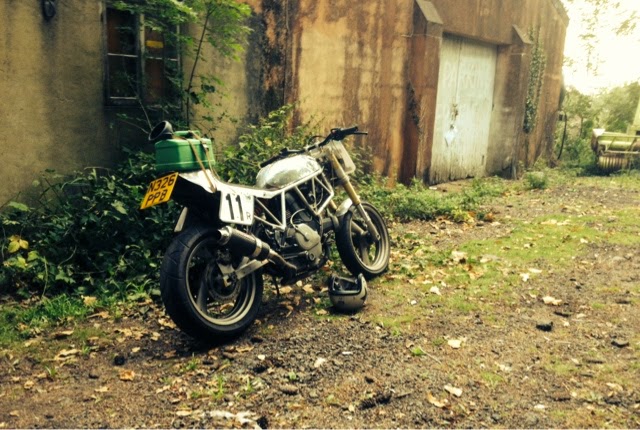 The DUKE is MOTed so I blasted to work on it today. Every time I ride it it takes me back to when I was coaxing it around the dirt track . Thank Crumb it handles better on the road . It's so light and flicky it's bloody brilliant to ride.
Posted by OILY RAG at Tuesday, September 16, 2014 1 comment:

It a dirty job but someone's gotta do it. ( I do care a lot) 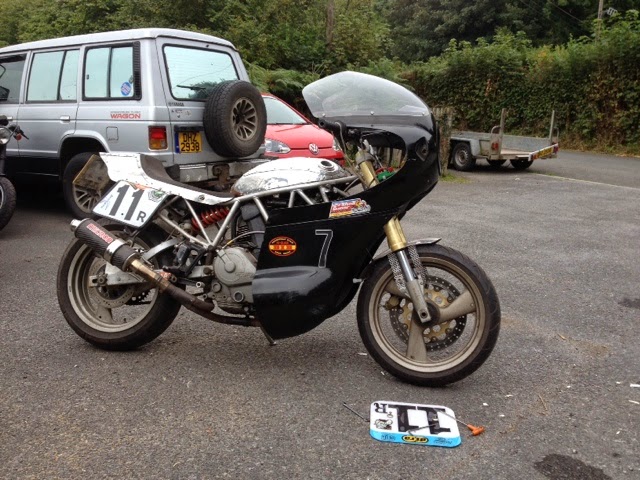 I went to the Euro Jumble last weekend. I didn't think it was that great but I did buy this great TorCutter fairing.
I'm not sure if I will be using it on the Duke as it's a bit big. But it is fuckin ace and only cost 35 earth pounds.
But when I do fit it on something I'll be laying down a rubber road to freedom ...
I'm MOT ing the duke at the mo.
I'm gunna do the Distinguished Gentalmans Ride on it. 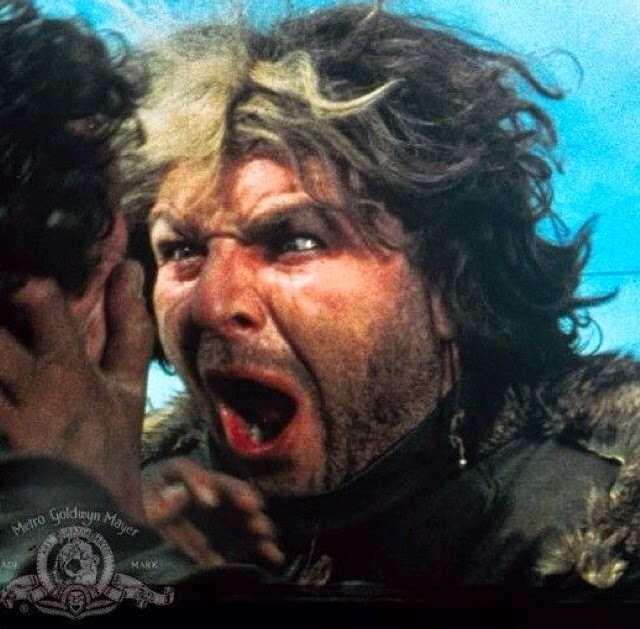 Saw this fuckin ace motor at a village fair today 8inch piston an a right clever "hit an miss" inlet valve that only opened when the revs dropped real low just to keep it ticking over. 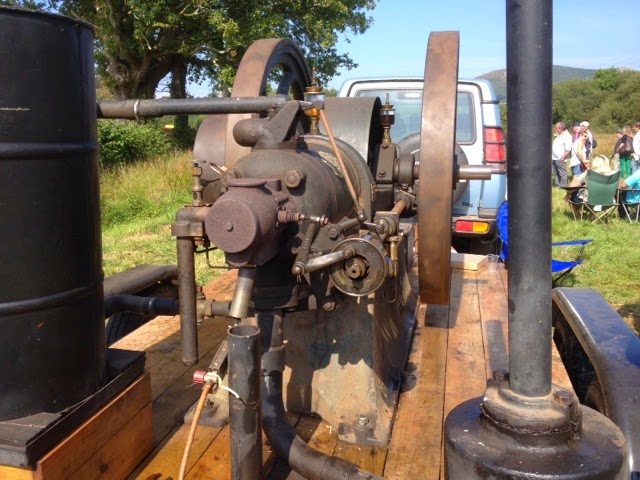 Oh and there was ferret racing and terrier racing. That's a fuckin recipy for disaster if ever I heard of  one. 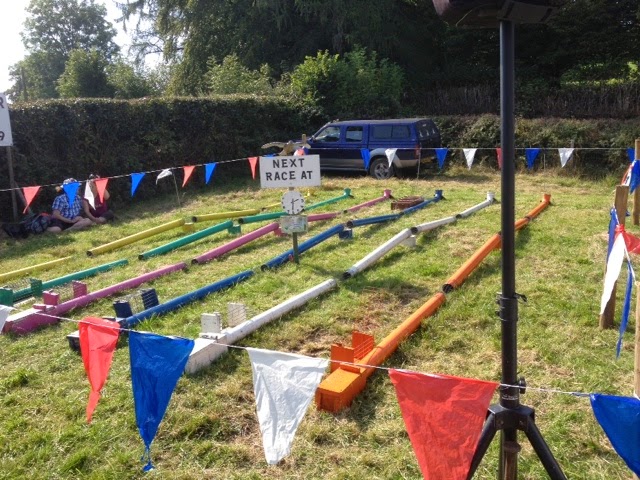 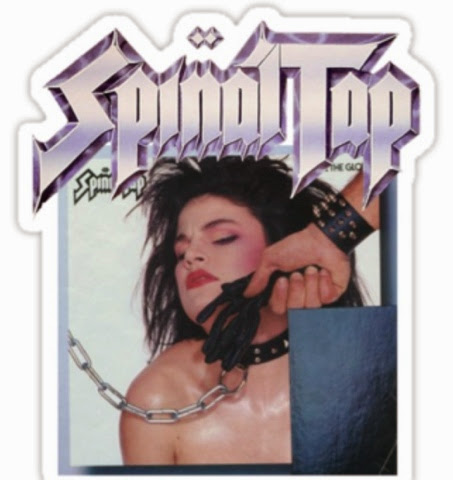 Sorry I forgot to add this months cheeky lady .
So here is Spinal Tap.
Posted by OILY RAG at Friday, September 05, 2014 No comments: 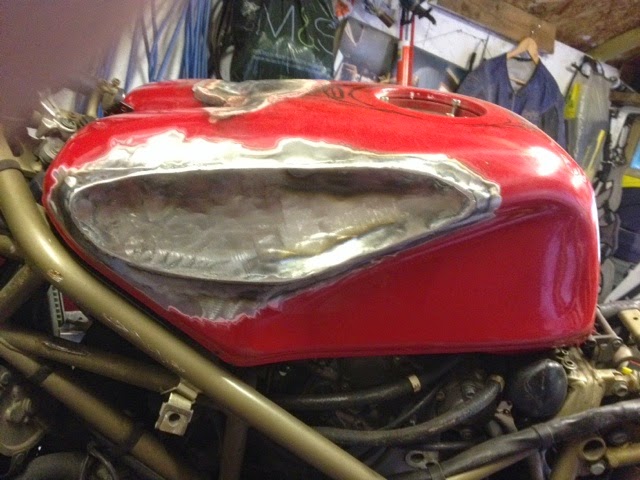 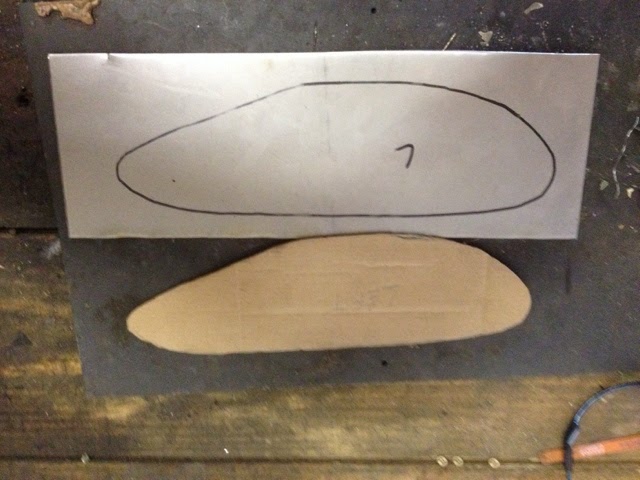 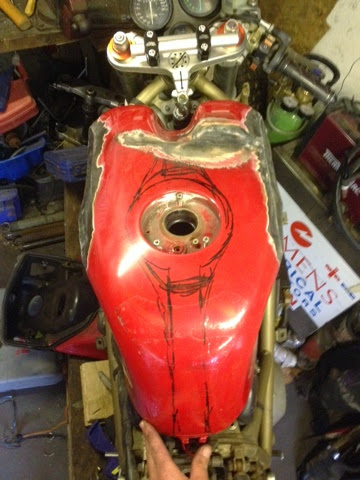 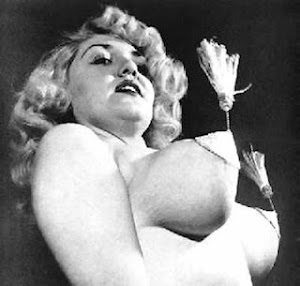 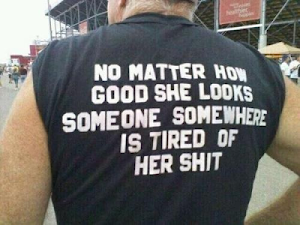 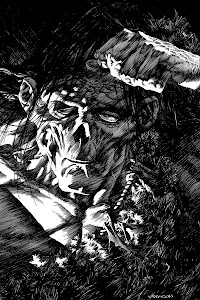 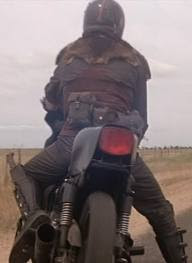 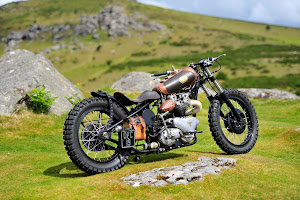 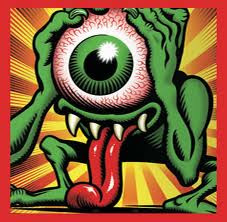 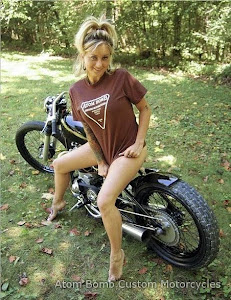 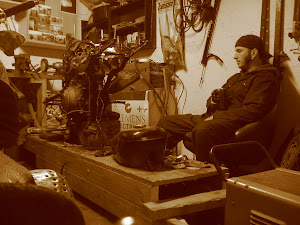